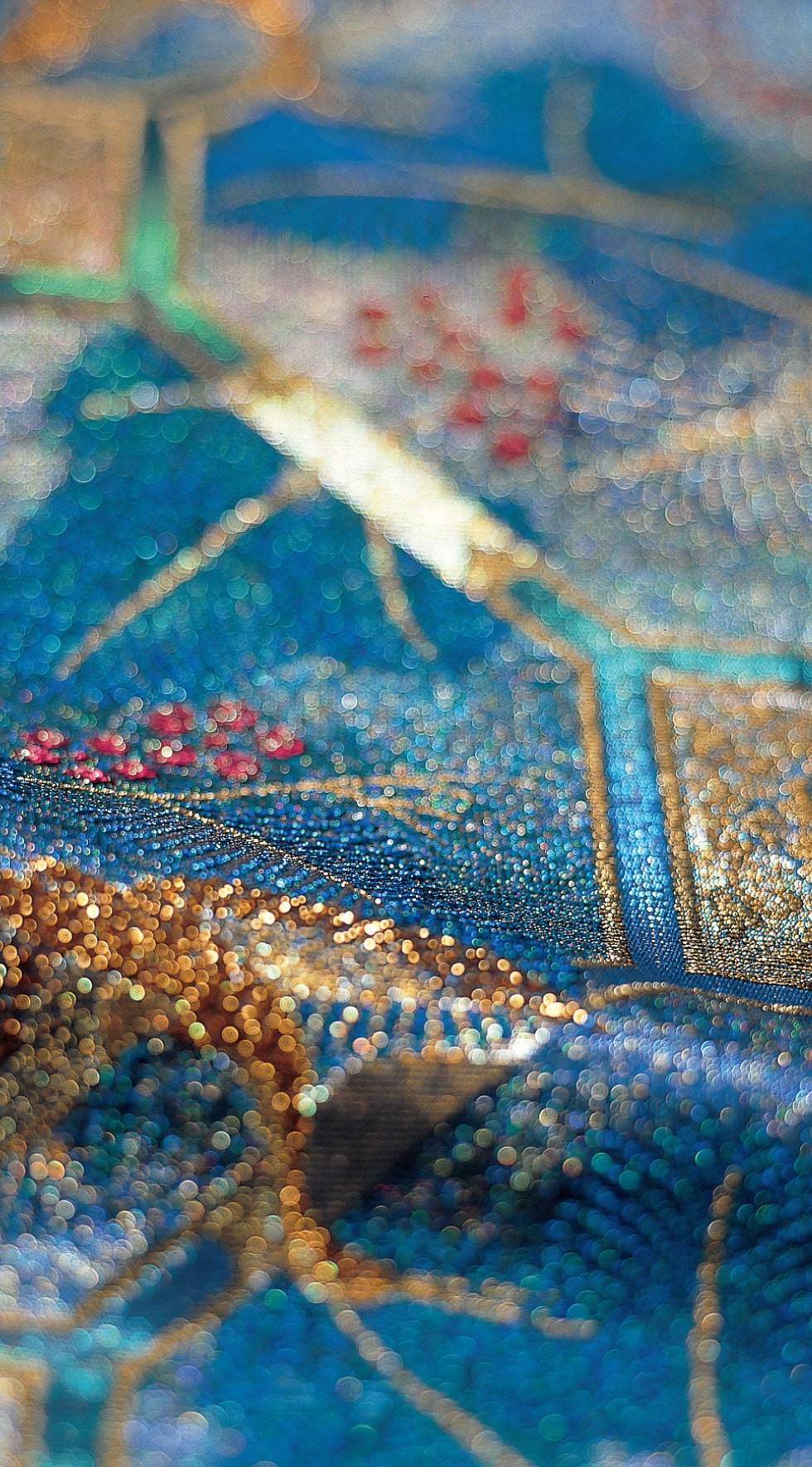 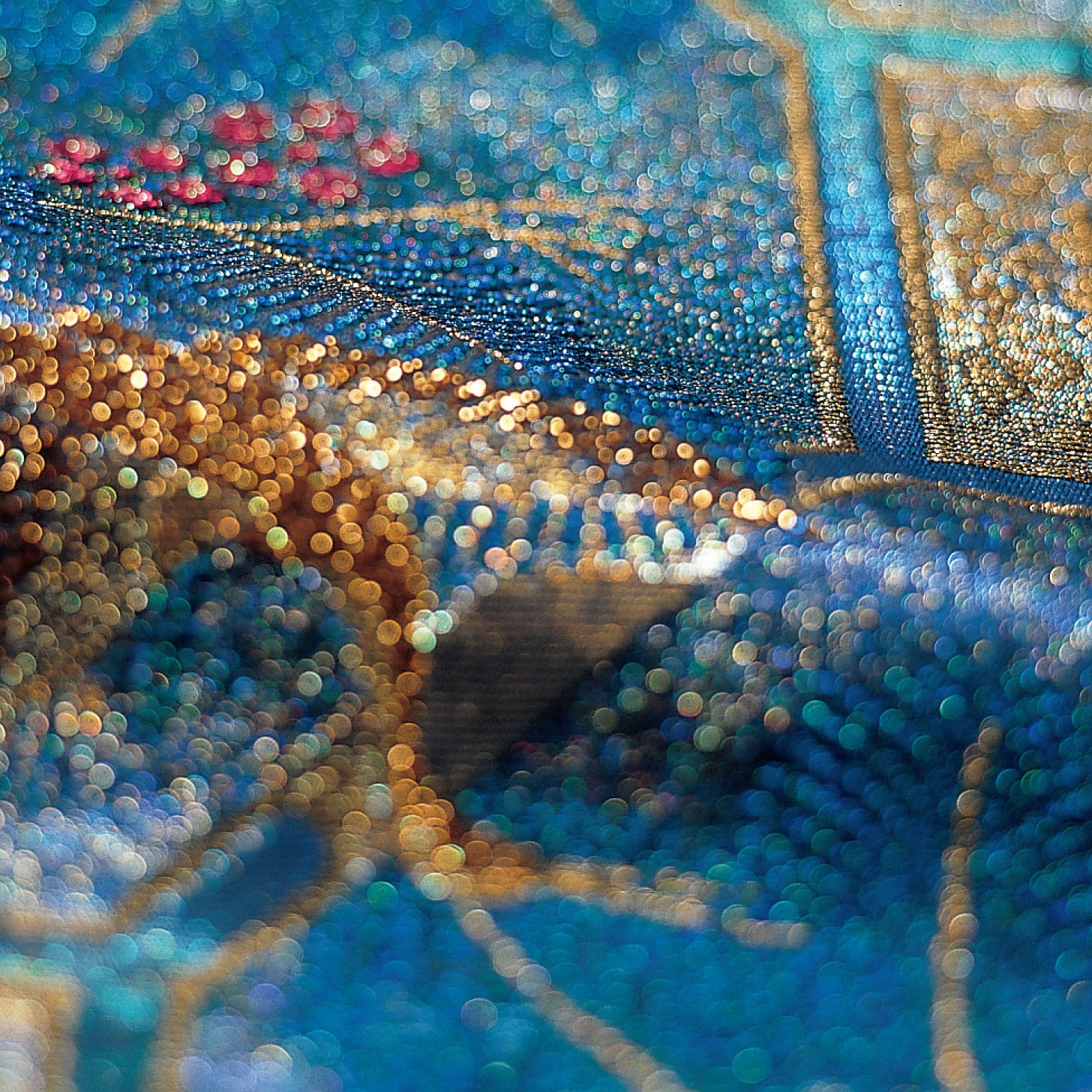 Sahari Tsuzure is a weaving technique developed by textile artist Sadao Ikeguchi, whose roots can be traced to the Iseki family; the principal of six families to officially make garments for the emperor (called “Goryooritsukasa”) in Kyoto. Realizing that weaving techniques had not changed although over 100 years have passed since the invention of electric lighting, this weaving technique was developed to make textiles shine under indoor lighting.

Taking a hint from how diamonds are cut, Ikeguchi arrived at a new weaving technique after 10 years of trial-and-error, that "can produce a variety of effects, from appearing subdued in natural light yet, when seen under indoor lighting, give off an inner brilliance. Their colors change according to the lighting angle, producing an aurora-like brilliance."

Encountering metal bowls made of copper alloy called “Sahari no Kaban” at the Exhibition of Shosoin Treasures, Ikeguchi felt the light coming from deep inside the material was common to the essence of the new weaving technique he sought after and named it "Sahari." This kind of brocade became known as “woven jewels” and have been greatly popular as obi, kimono, uchikake, accessories, and interior products for over 40 years since its birth. 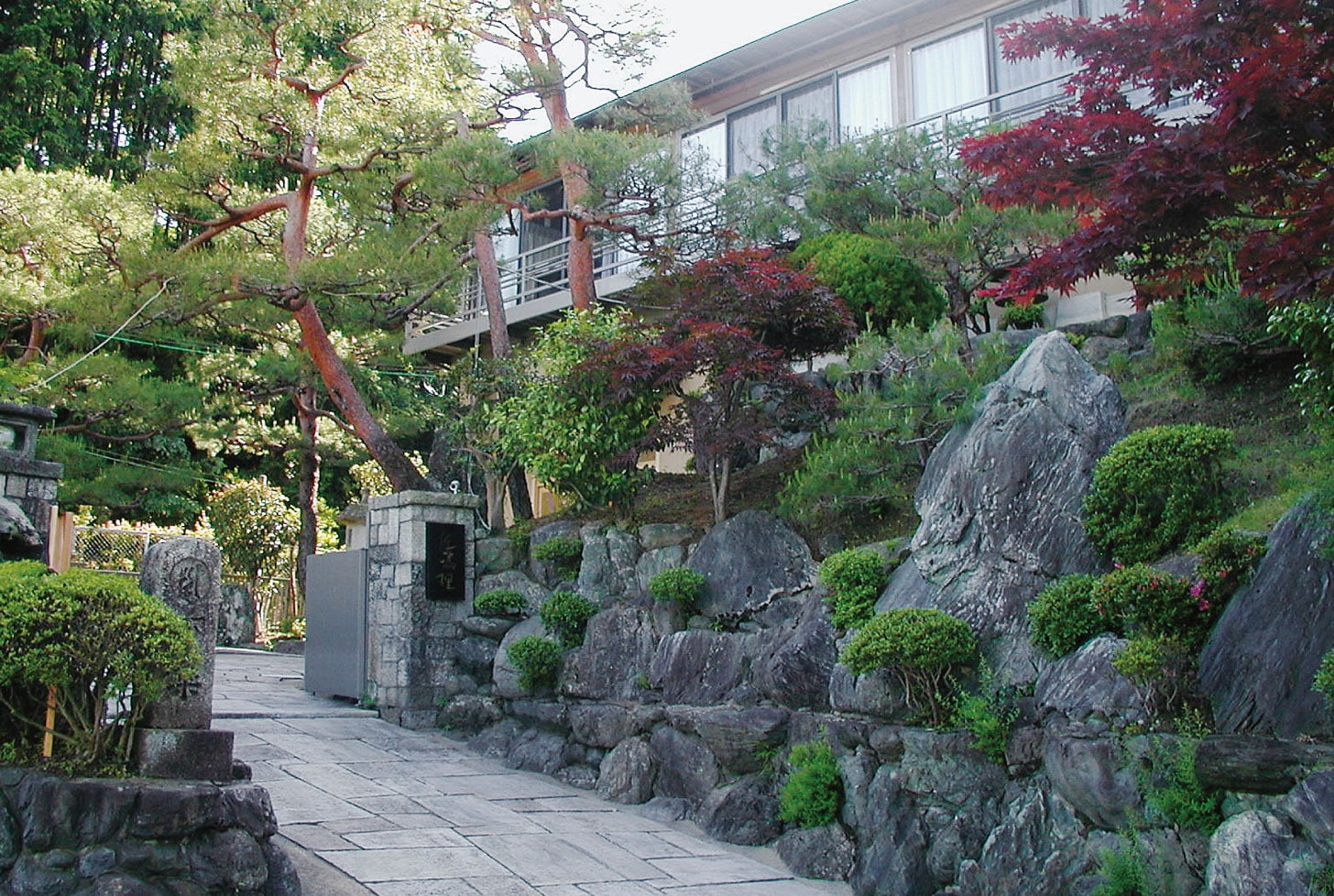